Why You Should Be Wary of OS X Mavericks

Why You Should Be Wary of OS X Mavericks 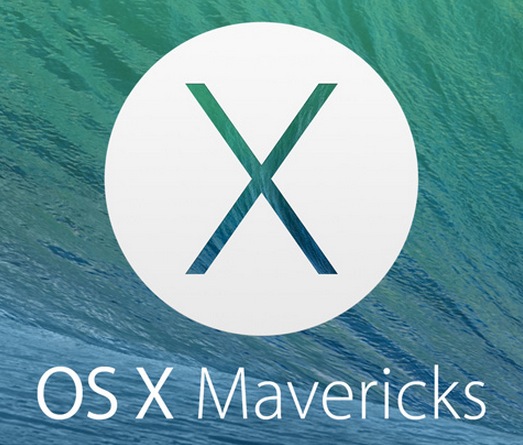 No upgrade is going to have everything you want, or be 100% compatible with all your applications, but they usually tend to be more to your benefit than not. Every once in a while however, out comes an upgrade like the OS X Mavericks and you’re left dealing with more problems on your desktop than you had before the upgrade. Let’s see what the specs have been on the OS X Mavericks.

Usually upgrades mean stronger and faster, but many users have reported experiencing slowness as a result of downloading Mavericks. You’ll encounter more decreases in speed than is appropriate for Apple products – the number one reason why so many are annoyed with the new update. Chances are also that Apple will be addressing this dire issue with the next update, so it might be worth your while to just wait a month or two.

Accompanying decreased speed are an array of bug problems. Some of the many programs reportedly affected are Safari, QuickLook, and Flash, all of which have experienced various performance issues. Aware of these bugs early on, Apple attempted to sweep in a last-minute update, but it is unclear what problems the update actually targeted. In addition, even though the upgrade does add a fair amount of stability to things, users who choose to download the update now should still be prepared to face spontaneous bug issues.

The Mavericks upgrade comes with a number of new features. One such feature is App Nap, which saves you battery power by automatically suspending apps which are not in use. While this feature does not go unappreciated, the benefits of it are only going to be noticed by those who heavily use Apple’s included apps. As for the rest of your apps, again, they’ll probably have to wait until the next upgrade.

If you use more than one display at a time, you’ll appreciate Maverick’s multiple monitor support (which should be actually considered more of a repair to a problem than a new feature). However, there are more users who only utilize one monitor at a time than those who utilize multiple at a time, so again, this particular upgrade only matters to a certain niche.

Actionable notifications will be a treat to users who normally take advantage of Apple apps such as Reminders and iMessage. However, users on iMessage have reported that large messages are unable to be displayed in full through the actionable notifications, requiring them to go back to the app to reply to messages.

There have also been a lot of mixed feelings about the new Finder Tabs feature. These tabs are intended to mitigate clutter in the Finder by making different types of files more visible. This is especially nice if you have a small screen, but depending on the type of person you are and how accustomed you are to how Finder currently works, this feature will either benefit your workflow or simply require you to learn a new way of searching for files.

Another file organization feature involves the conversion of labels into tags. When used properly, tags can greatly enhance the way you store and search for files, but this particular upgrade from Mavericks can initially make things unnecessarily complicated. The older labelling system simply organized different types of files by color. While very simple, this system worked. Mavericks however, infiltrated that simple system with the introduction of tabs. Suddenly, your color-coded labels turned into tags called “blue,” “green,” and “yellow.” The proper way to use tags is to then change these generic titles to more coherent names like “work files” or “bills.” So as long as you can get used to the new tag system, this more concrete organization feature will serve you very well.

A built-in Maps app has been added and is designed to make it extremely easy for users to obtain directions and send them directly to iPhones and other iDevices. However, this is only relevant if you use the Apple Maps app on your desktop and on your iDevice. Those who prefer to use Google maps won’t benefit from this feature, but can actually do the same thing through DeskConnect – without needing to upgrade to Mavericks.

In general, Apple is pretty good about introducing updates that are compatible with the majority of existing apps, and this type of reliability does shine through with the Mavericks upgrade. Not many users report incompatibility issues with apps, so we can assume that for the most part, everything is functioning correctly.

To Upgrade or Not to Upgrade?
In short, OS X Mavericks may not be worth downloading. We usually would recommend any Apple upgrade that’s free, but this one seems to be more trouble for your desktop than not. The OS X Mavericks upgrade is not totally awful, it’s just not necessarily an upgrade that is going to make your life easier. It’s new features only hit the mediocre mark, and the upgrade seems to have brought with it a slew of annoying issues. The bottom line is that if you feel like you really need the latest features, it’s fine to download Mavericks. The upgrade is of no cost to the user after all, and will only cost you a bit of your patience.